UFU hits out at rising number of BVD cases

The Ulster Farmers’ Union has said it is extremely disappointed that the number of BVD cases in Northern Ireland is continuing to rise while the Republic of Ireland moves towards BVD freedom.

UFU deputy president William Irvine said: “Recent BVD statistical reports have highlighted that for the eighth month in a row, the rolling annual animal prevalence of BVD has increased and more than half of BVD positive cattle are being kept for longer than four weeks.

“It’s very troubling to learn of these findings when our neighbours in ROI are having huge success as they get closer to eradicating the disease. Trading requirements will change as soon as the ROI programme is officially recognised by the EU, and will be expanded when BVD freedom is achieved.

“To help improve the BVD situation here as quickly as possible, we are urging DAERA to take the steps we’ve been calling for to drive BVD to eradication.

“Any farmer who has a BVD positive (PI) among their herd, must remove the animal with immediate effect to prevent further spread. To help initiate this response as soon as a positive BVD test result is received, we’ve been lobbying DAERA for further restrictions against any herd which does not promptly remove PIs. However, we’ve been extremely frustrated by a lack of progress to date. This needs to be improved immediately.” 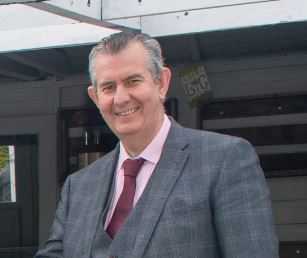 The UFU told of its concerns after Agriculture Minister Edwin Poots, above, told the NI Veterinary Today Yearbook  there was a “pressing need” for additional focus from all concerned, “to ensure the downward trend in prevalence of BVD continues”.

He added: “I am conscious of the steps which the Republic of Ireland is taking towards obtaining formal European Union approval of its BVD eradication programme and the potential implications that this could have for the movement of our animals into the Republic in the longer term.

“Herd restrictions are, of course, an important control measure for many diseases, and my officials are exploring the potential use of this measure and the steps that would be required in terms of cost-benefit analysis, consultation, legislation, enforcement and delivery in respect of BVD.

“I would also continue to strongly encourage every herd keeper to ensure that they have tested all their animals for BVD, to practice good biosecurity on their farms, and to isolate and promptly dispose any positive animals to reduce the risk of disease transmission.”