A veterinary nurse has been struck off after being convicted of communicating with someone they believed to be aged under 16 for the purposes of sexual gratification.

The individual, who was granted anonymity in light of “the highly exceptional circumstances of this case”, appeared before the RCVS veterinary nurse disciplinary committee on Wednesday 3 and Thursday 4 March 2021.

In granting anonymity, the committee accepted the evidence of a real and immediate threat to the individual’s security if their details were made public and they were referred to simply as ‘X’ throughout.

The Committee then considered whether the conviction amounted to serious professional misconduct, laying out aggravating factors including:

It also took into account that the conduct related to a single isolated incident and that the individual had made open and frank admissions at an early stage. 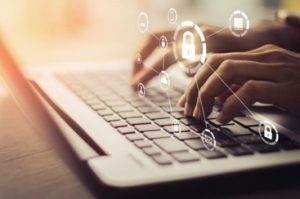 However, despite the fact the Committee “accepted that X had been an excellent veterinary nurse,” the aggravating factors “outweighed the considerable mitigating factors in this case”.

Cerys Jones added: “The Committee decided that a suspension order was not the appropriate sanction for such a serious offence because it did not reflect the gravity of X’s conduct.

“In the Committee’s judgement, the wider public interest, that is the maintenance of the reputation of the profession and the college as a regulator, required a sanction of removal from the Register.

“Further, the Committee noted that in circumstances where X’s probation order expired in 2022, and where the ancillary orders, a Sexual Harm Prevention Order and a requirement to register on the Sexual Offences Register did not expire until 2025; the only proportionate sanction was to direct the Registrar to remove X’s name from the Register of Veterinary Nurses.”

The full findings for the case can be found at: www.rcvs.org.uk/disciplinary