Concerns grow over outbreak of parvovirus in Republic

Dog owners in the Republic have been warned to be vigilant after an outbreak of parvovirus was reported.

MyVet – which has practices in Firhouse and Lucan, Co Dublin, as well as Maynooth, Co Kildare, posted a warning on its Facebook page.

It read: “We have recently seen several confirmed cases of parvovirus, a viral infection which is extremely contagious and can prove fatal if left untreated. Symptoms of parvovirus to look out for in your dog include fever, lethargy, lack of appetite, and uncontrollable vomiting and diarrhoea, often with blood.
“Please be vigilant and remember the best way to protect against parvovirus is to have your pets vaccinated as puppies, with an additional booster vaccination when they turn one.
If you think your dog is displaying signs of parvovirus, get in touch with your vet immediately.”

Lead veterinary surgeon Shauna Quinn, below, said: “Parvovirus can have quite a severe impact on affected dogs and can impact dogs of all breeds and age. 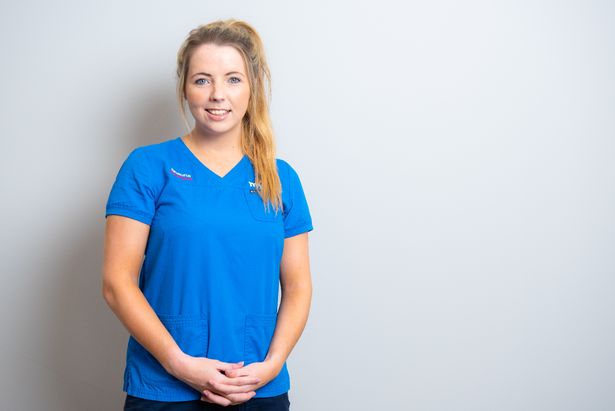 “The virus can spread through direct contact or infected faeces and affected dogs can even spread the virus after recovery for up to eight weeks. Symptoms include fever, lethargy, lack of appetite, uncontrollable vomiting and diarrhoea, often with blood.

“Unfortunately, the virus is highly resistant and can remain in the environment for many months outside, so it’s important to spread the word about it so that more dog owners can be aware of its severity, take precautions and be able to spot the symptoms.

“If you think your dog is displaying any symptoms of parvovirus, get in touch with your local vet straight away. There is an instant test that can be done on a faecal sample or swabs, so treatment can be started immediately.”

There are now fears the disease could spread in Northern Ireland, with the possibility animals brought to Republic by Ukrainians fleeing the war could have be the source of the latest outbreak.

More than 600 pets have been brought to Ireland since the Russian invasion began.

The Government confirmed the figures earlier this year, with Agriculture Minister Charlie McConalogue promising Ireland will continue to operate an open-door policy for Ukrainians and their pets.