The need to control pneumonia in young calves

The multifactorial nature of Bovine Respiratory Disease or BRD is well known.  Factors involving the management of stock, environmental conditions, as well a wide range of viruses and bacteria can significantly contribute to the incidence of BRD. However, despite the best efforts, outbreaks can still occur and result in both significant losses for the producer and frustration for the attending veterinary practitioner, says Suzanne Naughton.

In 2018, BRD was the most commonly identiﬁed cause of death in all age groups of cattle, other than neonatal calves, submitted to AFBI. In neonates, enteric infections are the number one cause of mortality followed by respiratory disease, indicating respiratory disease still maintains an important disease role in this age group.¹

The impact of BRD

Calves are born with an immature immune system; cell-mediated immunity can take up to two weeks to become fully functional. Coupled with the management systems we use in Northern Ireland, calves can be reared in potentially risky scenarios where disease can flourish. Variability in the transfer of passive immunity particularly amongst dairy bull calves or overly high stocking rates through certain periods of the year can easily facilitate transmission of the common pathogens. This can lead to devastating outbreaks which not alone affect early calf-hood but can result in negative consequences on into the productive life span of each affected animal. In 2006, a study carried out by Bareille et al. looked at the impact BRD could have on finishing times in beef cattle. Beef cattle with obvious signs of pneumonia took more than 59 days longer to finish than healthy stock while stock suffering with mild or subclinical signs of pneumonia still saw increases in their finishing times as depicted in figure 1.² In the dairy sector, outbreaks of respiratory disease have been associated with delays of more than 15 days for the start of milk production ³, not to mention the costs of treatments which can climb rapidly if large groups of animals are affected.

Considering the infectious causes of respiratory disease, there is a broad range of potential pathogens that can be implicated. In 2018, Mycoplasma bovis was the most commonly identified pathogen in cattle diagnosed with respiratory disease by AFBI. This was closely followed by Mannheimia haemolytica and Pasteurella multocida while Dictyocaulus viviparus, Trueperella pyogenes, BRSV, Histophilus somni and IBR were also commonly identified. ¹ Many of the pathogens mentioned above can be vaccinated against. However, we are still a long way from producing an effective Mycoplasma bovis vaccine. As a result, upholding the principles of infectious disease control are essential to prevent this pathogen resulting in the disease outbreaks it is commonly associated with.

Each farm has its own individual needs to consider when it comes to determining an effective control plan. Have there been any previous diagnostic tests carried out? Do we know what pathogens are implicated in previous outbreaks? What age group is associated with the highest risk on this farm? Ensuring an adequate history is obtained while a detailed overview of farm buildings and management procedures can provide a strong framework in assessing the level of risk on a particular farm. Taking a holistic approach in forming a control plan involves looking at the many different aspects involved in calf rearing. If calves are bought from multiple sources, it is recommended to try to reduce these sources to limit the introduction of viruses/bacteria onto the farm. Improvements in general management might also be required regarding ventilation, stocking density and colostrum management. Tailoring a specific vaccination plan can form a cornerstone in control and reducing disease occurrence on farm. 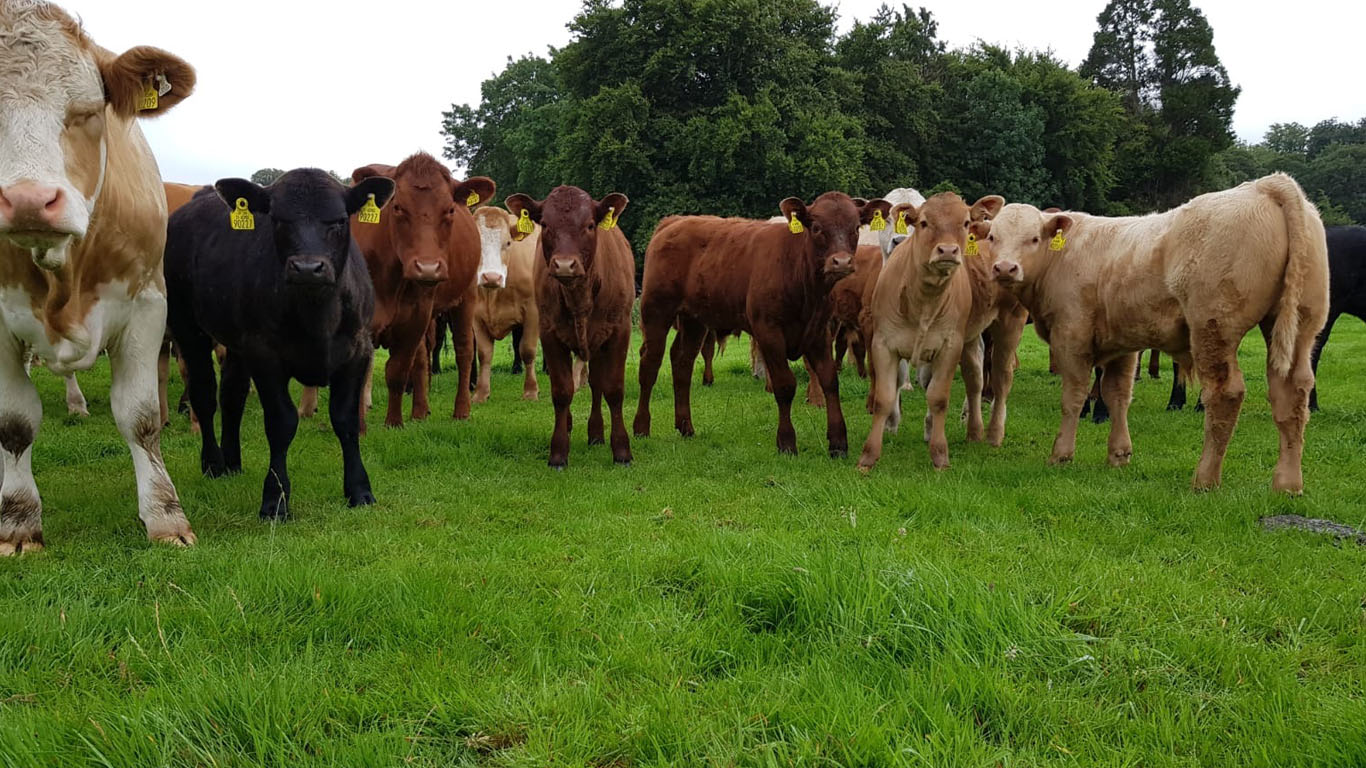 An important point to remember when considering vaccination in the young calf is the presence of maternally derived antibodies or MDA’s which can persist for the first few months of life. These MDA’s can reduce the level of antibody response from vaccination. As a result, in calves less than three months of age, it is important to use a vaccination programme which can work in the presence of MDA’s. Bovipast RSP has proven to be efficacious in the presence of MDA’s and as a result is licensed for use from two weeks of age onwards. This differs considerably from certain other vaccines on the market which are licensed for use in the absence of MDA’s.

When focusing on young calves, ensuring the most broad-spectrum coverage against the relevant pathogens is availed of is critical. Bovipast RSP is specifically licensed to induce active immunisation of cattle to reduce infection with PI3 virus as well as reduce infection and clinical signs associated with both BRSV and Mannheimia haemolytica. The use of IRP technology enables cross protection against the two serotypes of M. haemolytica, A1 and A6, and so ensures the most broad-spectrum protection available against M. haemolytica. Studies have shown that respiratory disease associated with the A6 serotype is extremely common and can account for up to 63 per cent of infections associated with M. haemolytica in beef animals. ⁴

How does this IRP technology work? It works by stimulating antibody protection against the iron-regulated proteins on the surface of the bacteria. These iron-regulated proteins are necessary for the absorption of iron required for survival of the bacteria. Other conventional vaccines produce antibodies against the capsular proteins on the surface of bacteria or their toxins whereas Bovipast targets both the capsular proteins and the iron-regulated proteins. Antibodies block these proteins, reducing absorption of iron and multiplication of the bacteria and limiting the development of disease. There are multiple different production scenarios where Bovipast can be used such as in young calves from two weeks old, bought in calves or used ahead of stressful periods such as weaning.

Upper respiratory disease must also not be forgotten. Although less common in calves, IBR infection can still be implicated in disease. We know that there is a high prevalence of IBR infection across both dairy and beef herds in Ireland today with up to 75 per cent of herds exposed to the virus. To reduce prevalence on the farm it is recommended to adopt a whole herd approach. Including young stock as part of routine vaccination improves overall herd immunity and significantly reduces the incidence of disease. Bovilis IBR Marker Live can be conveniently used on the on the same day as Bovipast from three weeks of age ensuring broader coverage in the young calf. When Bovilis IBR Marker live is used in calves less than three months old, it must be administered intranasally. Calves can then join the IBR control protocol at three months of age, followed by a second revaccination six months later with booster vaccinations followed up every six or 12 months thereafter depending on the level of herd risk.

Another option to consider for a faster and earlier onset of immunity is Bovilis INtranasal RSP Live which contains antigenically unique strains of BRSV and PI3. It is licensed for the active immunisation of calves from one week of age to reduce the clinical signs of respiratory disease and viral shedding from infection with BRSV and PI3.  A once-off intranasal application will result in a protective immunity in five days against BRSV and seven days against PI3 with a duration of immunity lasting twelve weeks. Bovilis INtranasal RSP Live stimulates both a mucosal and systemic immune response. This allows a rapid immune response which is less affected by MDA interference, allowing use in the younger calf. This fast onset of immunity might be a suitable option for calves which are at risk of pneumonia from a very young age or for bought in calves that might have a short time frame to work with ahead of known stress periods.

In conclusion, there is no doubt vaccination forms a crucial component in a control programme against BRD in early calf-hood. Depending on the degree of coverage and the speed of onset of immunity, different protocols can be used to help reduce the incidence of this common disease syndrome.

Evidence-based probiotics, the gut microbiome and immunity – the scientific and holistic way forward

The Importance of Mineral Vitamin Supplementation