James Buick and Rob McCabe’s Ards & Comber veterinary group has spread its wings, opening its first practice in Belfast city recently. But as James has been telling NI Veterinary Today, the opening of Eastside veterinary clinic was temporarily derailed by the Coronavirus lockdown in March.

James Buick and Rob McCabe have been pals since their student days together at University College Dublin in the 90s, although they actually met for the first time at a Beastie Boys concert in 1994.

For the last 14 years, the pair have been partners in the Ards & Comber veterinary group and in June this year, they took the next step, adding a third practice to the burgeoning venture.

Eastside Vet Clinic was set to open its doors at Easter – staff had been appointed, the premises was ready and signage had gone up – but James and Rob’s plans were thrown into disarray in March when the Coronavirus lockdown struck.

‘When we heard what was happening, I think our first reaction was to panic about what we could and couldn’t do,’ concedes James. ‘We were very mindful of our responsibility to the community and our patients but also mindful of the requirements of the lockdown.’

In the end, the opening of Eastside was put on hold for a couple of months and the partners turned their attention to making sure that their existing practices at Comber and Ards were made Covid-compliant.

‘We kept all our clients outside the buildings from the start,’ explains James. ‘At Ards, we have a small yard at the front in which we were able to put up a marquee and that worked very well. We cut down to emergencies only and as far as the impact on the business is concerned, I would say that we probably dropped turnover by about 40 per cent in April and May, but we furloughed our vulnerable staff which really kept us afloat.’

Rob first opened the clinic in Comber in 2006, it’s almost exclusively a small animal practice but Rob does have a handful of farming clients that he looks after. At that time, James was a silent partner in the business and worked full time as a TB tester for DAERA, although he helped Rob with the business in evenings and at weekends.

‘I suppose that after Comber had been open for some years, we were seeing a lot of clients coming over to us from Ards town and the Peninsula and so I think that we thought we should take the chance and open in Ards,’ recalls James. ‘We were getting these customers already and we thought we could pick up more of them if we opened in the town.’ 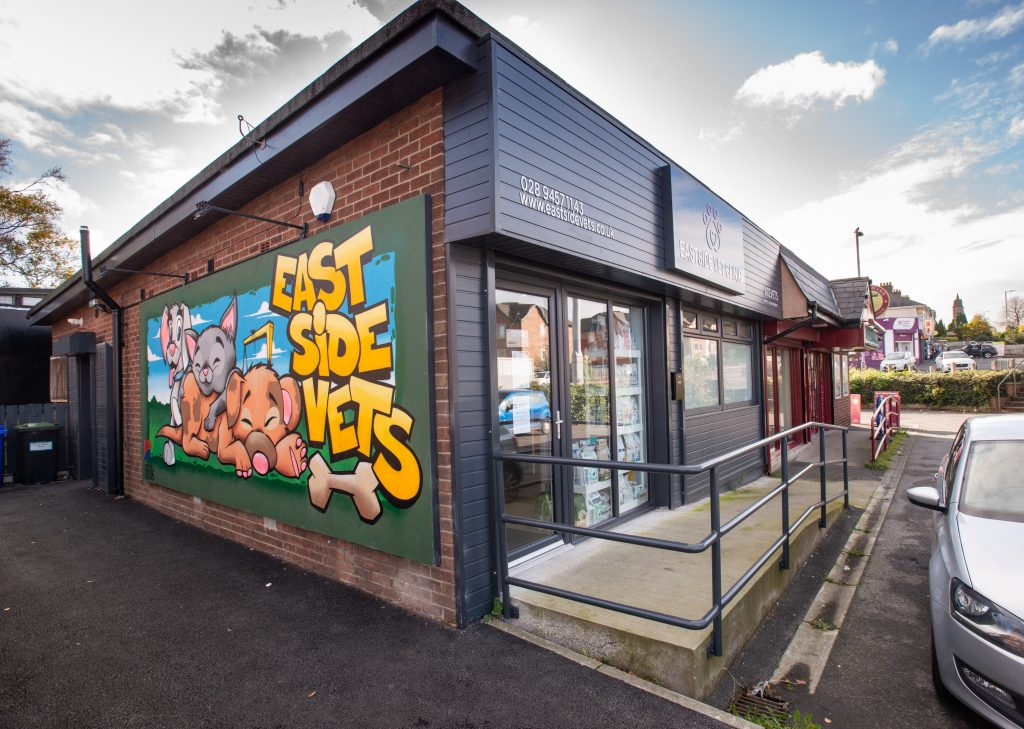 In 2011, Ards Veterinary Clinic opened its doors at North Street and James quit his post with the Department to oversee the new small animal practice.

‘To be honest, I think I’d seen enough of cows after eight years of TB testing so I was happy to only be looking after small animals,’ jokes James. ‘To be honest, small animal care is always where my head has been at anyway.’

Ards quickly became busier than its sister clinic at Comber, although the rapid development of Comber as a residential centre in recent years has allowed the original business to close the gap almost entirely.

The idea for a third practice first came to the partners about two years ago:

‘I was getting work done to our house in Belfast and so we rented a place at Sydenham for a couple of months,’ explains James. ‘I had no experience of that side of the city and so it was just the realisation of the population density over there and the sheer number of pets there were.

The search for a suitable premises was launched about two years ago and the partners finally settled on a vacant retail unit on the Holywood Road. The new clinic had to be kitted out from scratch and excluding the cost of equipment, the work cost the two men around £60,000.

Once the Coronavirus lockdown had been relaxed, the new surgery opened on June 28 with a dedicated vet, vet nurse and receptionist.

‘The business has taken off very well in its first few months,’ reports James. ‘No-one factored in Covid, but taking that out of the equation, I would say that we are very happy with the way that things are going.

‘Rob and I considered it very important that this would be a full service practice, so we are open full time and we offer everything that would be expected in general practice.

‘Feedback so far from our clients has been good, people are very glad to see us. We were nearly ready to go when lockdown happened, everything was in place, our signs were up by the end of March but we didn’t open until the end of June so we had three months in which people knew that we were coming and when we opened the doors, they were ready for us.’

As for the longer-term future at the group, James says that he is done with opening new branches:

‘I don’t think that any of us anticipated how stressful it was going to be getting a new place off the ground in a pandemic,’ he says by way of explanation.

‘Also, we tried to come up with a catchy name for the group and we ended up with ACE for Ards, Comber and Eastside. If we opened another branch, we’d have to change our brand name,’ he adds, tongue-in-cheek.

‘We would like to see it get a little busier at Eastside now that we have been open for a while and we have some spare capacity at Ards which we can exploit if we need it. But something I would really like to see in the business in the next four or five years is more partnership. We may be thinking about exit strategies at that time and if we stick to our guns over staying independent, then we’ll need to have partners in place to secure the future of the practice.’ 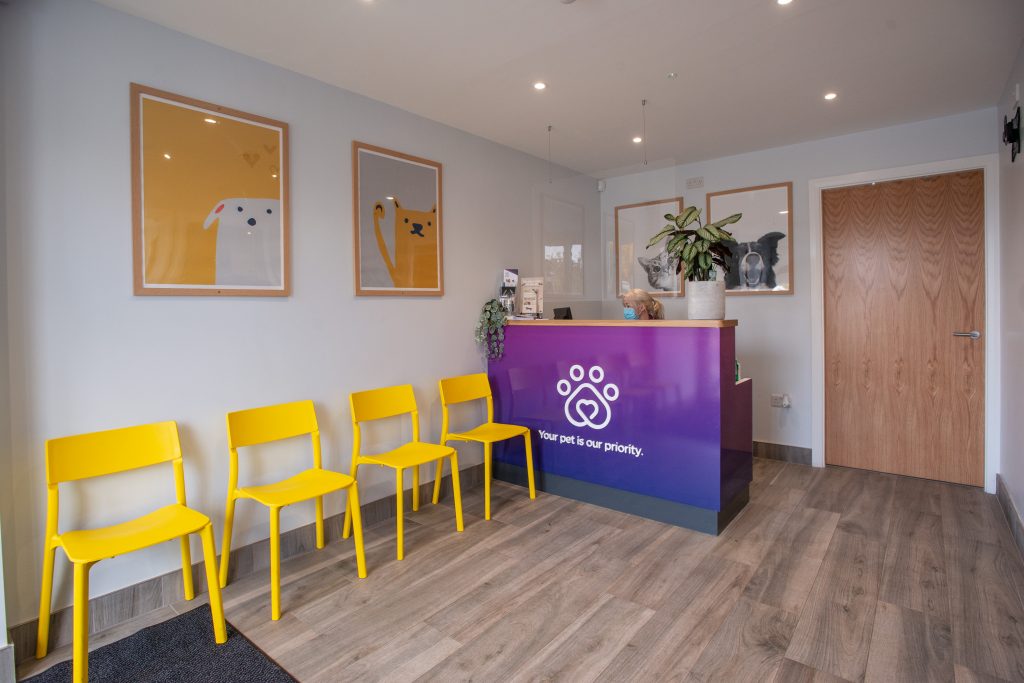